That’s the day the Export Controls Division of Global Affairs Canada rejected his application to export two of his prized possessions to Switzerland.

Despite following all the rules, Rick Caceda-Suter learned exporting his newly-prohibited rifles to Switzerland is simply not an option.
But the Canadian Government Said…
But the Liberal government said we could export our newly-Prohibited guns, right?

Yes and no. Mostly no, it turns out. The details are buried in the fine print, where all the ugly bits are always buried.
The government’s amnesty order, SOR/2020-97, which covers all the firearms listed in the May 1st gun ban by Order in Council (SOR-2020-96) states:
(2) The purpose of the amnesty period is to permit the person to
(d) export the specified firearm or specified device in accordance with all applicable legal requirements, including the legal requirements of the country to which it is exported;
The RCMP website, under “What are your options now?” reiterates this, saying:
Legally export your firearm which case you can engage businesses with proper firearm licence privilege. Once exported you are requested to advise the Registrar of Firearms
One could argue the government and the RCMP are telling the truth.

Yes, you could but, in what’s become standard procedure for the federal government and the RCMP, they refuse to tell Canadians the whole truth.

Yes, you can export your newly-Prohibited firearms, but only to the government’s list of 40 “approved” countries.
Albania, Botswana and Chile are on the list, despite being hotbeds of civil unrest and violence.

Albania: “How can a normal citizen have confidence in the police and judiciary [when both are notoriously corrupt]?” asked former deputy interior minister Gent Strazimiri. “How can you convince them they don’t need a gun?”

Botswana: Ranks #1 in the United Nations Global Database on Violence against Women.

Chile: Ongoing violent protests with no end in sight.
Switzerland is not on the list, despite suffering none of the problems faced by at least three countries that are.

It doesn’t have to make sense. It’s government policy.

Rick Caceda-Suter’s Story
Rick met and fell in love with the woman who would become his wife in Switzerland in 2000.

She loved rural life and wanted to live on a farm, something financially out of Rick’s reach in Switzerland, but not in Canada.

The couple moved to Canada in 2002, their first son in tow, and bought a farm in rural Ontario. For the next three years, Rick travelled back and forth from Switzerland, where he still worked, until he was able to pay off the farm and move to Canada permanently.

In 2005, Rick Ceceda-Sutar became a Canadian citizen and married his long-time partner. They had two more children together, and raised them on their family farm.
Rick Caceda-Sutar still maintains his Swiss citizenship, holds a Swiss firearms permit and stores his gun collection in Switzerland, much of it inherited from his father and grandfather.

Many firearms in his collection are prohibited in Canada, including his two AK-47s, and both his Sturmgewehr 57 and Sturmgewehr 90 rifles, so he left them in Switzerland when he came to Canada.

He’s a long-time member of the Walkerton Gun Club, where he is a certified Range Safety Officer who teaches people all about the safe handling and use of firearms. He is an avid target shooter.

In 2018, his marriage broke down, leaving him alone to raise his three children.

His family in Switzerland began encouraging him to return to his native country so they could help him raise the children so, in February 2020, Rick began the process of moving his family to Switzerland.
“I love Canada but I have no supports here. All my family is in Switzerland,” Rick said in a telephone interview.

As a lifelong gun collector, Rick naturally wants to take with him as many of his prized Canadian firearms as possible. Swiss law allows for the importation of 10 firearms, maximum, so earlier this year Rick applied for and was granted an import permit from the Swiss government.

Since his beloved Derya MK12 12-gauge shotgun and his American Tactical AR-15 were reclassified as prohibited on May 1st, Rick Caceda-Suter wants to take them back to Switzerland with him when he leaves Canada later this year.

He applied to the Export Controls division of Global Affairs Canada for permission to export his two newly-prohibited firearms, along with eight others in his Canadian collection.

His application was denied.
“As Switzerland is not currently listed on the AFCCL, your applications for export permits have been denied,” wrote Shalini Anand, Director, Export Controls Operations Division.

Shalina Anand cited Section 15(2) of the Export and Import Permits Act (EIPA), “Diversion of automatic firearms”, as the reason for the refusal. That section states the following:
15(2) No person shall knowingly do anything in Canada that causes or assists or is intended to cause or assist any shipment, transhipment or diversion of any thing referred to in any of paragraphs 4.1(a) to (c), or any component or part designed exclusively for assembly into such a thing, that is included in an Export Control List, from Canada or any other place, to any country that is not included in an Automatic Firearms Country Control List.
Why Switzerland is not included on this list but countries like Albania, Botswana and Chile are totally baffles Rick Caceda-Suter.
“Something’s really wrong here,” he said. “This doesn’t make any sense.”
The irony of the May 1st Order in Council change to the export rules is not lost on Rick.

“Had I applied to export these two firearms in April, they would have approved it right away, but because I applied after the government imposed this gun ban by Order in Council, they won’t allow me to take my legally-acquired property with me when I take my family back to Switzerland.”
It may still be possible for Rick Caceda-Sutar to take his two now-prohibited firearms with him. From our reading of the government’s May 1st Notice to Exporters, he could appeal the refusal to the Minister of Foreign Affairs.
The Minister of Foreign Affairs maintains the authority to exercise discretion on a case‑by‑case basis over permit applications, which are approved only when the Minister is satisfied that such exports would be consistent with his legal obligations as well as Canada’s foreign, defence and security policies.

We encourage Rick to appeal the refusal to the Minister.
If there is any common sense left in Cabinet, the Minister of Foreign Affairs will overturn this decision and allow Rick Caceda-Suter to export his firearms to Switzerland. 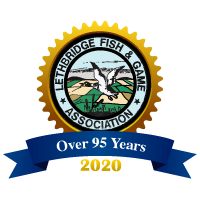