One of my 3 key principles is financial efficiency. Having a good idea of the costs involved in moving the range vs. addressing the concerns that have been expressed, it is my understanding that moving the range is not a financially viable option. I believe the standards, rules and regulations imposed on users of the range are already very stringent and responsible, not to mention reasonable.

A core belief I hold in relation to my decision-making process, is to consider all the facts before coming to judgement. I have seen no indication that handguns, owned, maintained, used & stored by responsible firearms owners in Lethbridge and Area are of a concern that would make banning them justifiable. So, no, I would not support a handgun ban in Lethbridge.

What’s next? Banning assault style baseball bats? The idea is not unlike the infamous long-gun registry. As long as we live next to the USA, banning firearms for the way they look is an effort in futility. The federal government ought to look at curbing gun smuggling. Gang/Organized Crime use of firearms and stop penalizing responsible Canadians by virtue signaling.

As an active PAL & RPAL holder, and licensed firearm owner in Canada, I do understand.

I support ethical hunting for food or wildlife management as set forth by the direction of appropriate authorities. I haven’t gone hunting in a long time, unlike several people I know who hunt for sport and others for subsistence.

Being a holder of an active PAL & RPAL, I have visited local ranges on numerous occasions, even taking part in several tournaments. I have always found the LFGA range and its safety personnel to be above reproach and professional in every way.

I believe that the city ought to support and maintain all its facilities. That is part of our mandate as a municipality.

I believe diverse sports & recreation facilities are important to any community. This includes the LFGA Shooting Sports Facility in Lethbridge

9) Do you believe that the LFGA Shooting Sports Facility should be treated differently than other sporting venues by the City of Lethbridge, If so, how?

Yes, dangers inherent in the sport demand careful implementation of the rules, regulations, and requirements. Respecting these dangers commands the adherence of those who accept the risks inherent in practicing the sport.

Through my fraternity, I support a project called Living Legacy. This philanthropic project provides the funding required to aid Junior Forest Wardens in planting many thousands of trees every single year. Through this and other projects, we’ve recently been pleased to accept the nomination for receipt of the National Philanthropic Award for Groups. 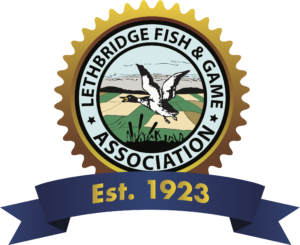